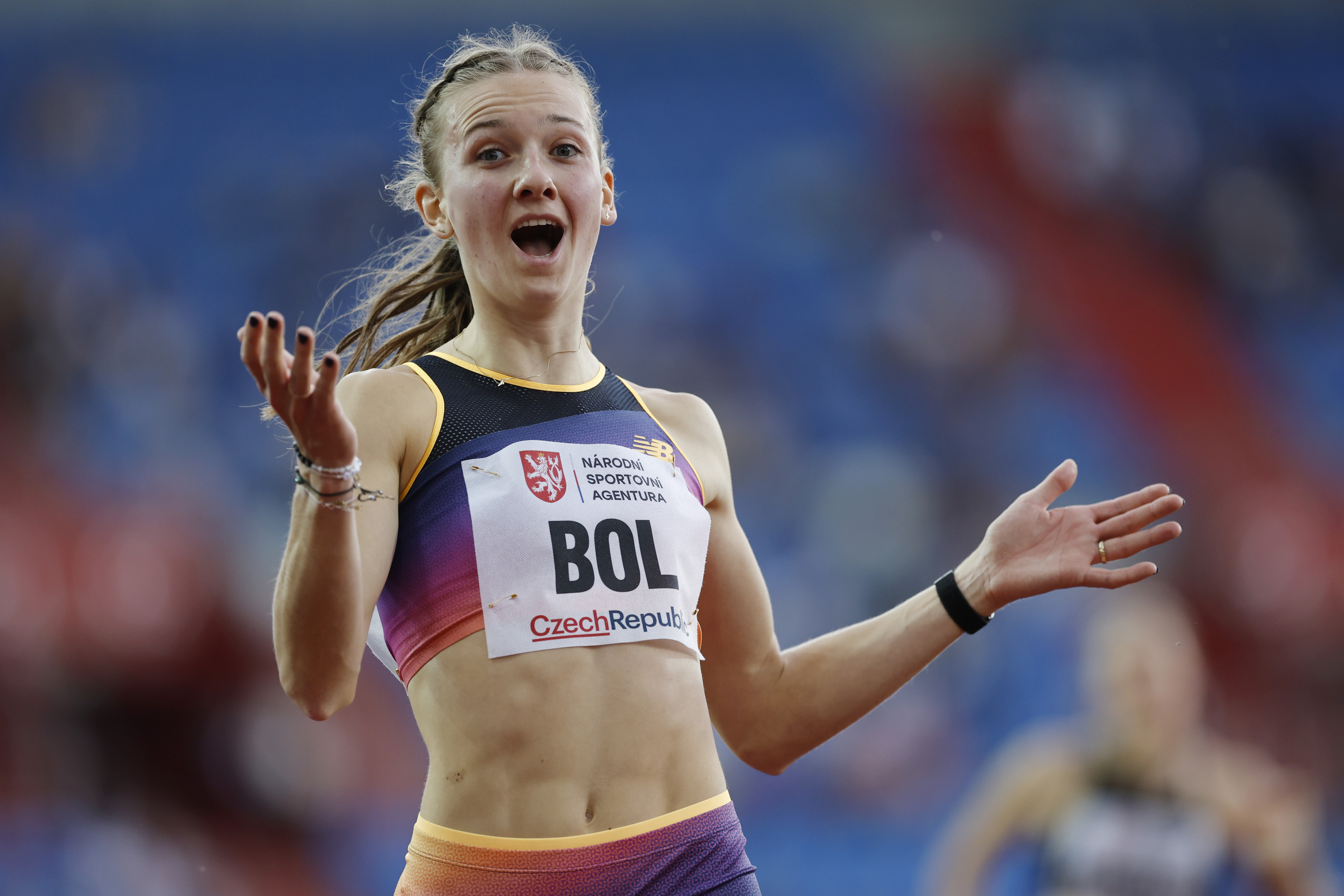 When it comes to season openers it doesn’t get much better than breaking a world best and that’s exactly what Femke Bol did on her return to the Ostrava Golden Spike, a World Athletics Continental Tour Gold meeting, on Tuesday (31).

On a warm and sunny evening when barriers were there to be cleared and broken, Bol smashed the world 300m hurdles best with a 36.86 run, while Lamecha Girma surged to 12th on the world 3000m steeplechase all-time list with a world-leading Ethiopian record of 7:58.68. Joe Kovacs got the better of Tom Walsh in a shot put head-to-head, while Reece Prescod powered to a PB to win the 100m.

On the eve of a meeting where Czech 400m hurdles star Zuzana Hejnova was to bid an official farewell to her successful competitive athletics career, organisers joked how they would not mind if Bol spoilt the retirement party as she targeted Hejnova’s world 300m hurdles best of 38.16 set in Cheb in 2013. The Dutch hurdles ace went close with 38.55 in Ostrava in 2020 and since then has become an Olympic bronze medallist with the European 400m hurdles record of 52.03 she set in Tokyo last year.

As Hejnova waved to her home crowds on Tuesday, Bol got ready to settle into her blocks and she burst out of them a short while later, on her way to making more history.

Ahead at the first hurdle, the 22-year-old was away and she extended her advantage until she crossed the finish line with 36.86 on the clock, taking more than a second off Hejnova’s previous world best.

“I'm pretty surprised to be so fast tonight,” said Bol. “Honestly, I expected that I could run 37-something, but it's just the beginning of the season, that is why I still can’t believe that an all-time world best was possible to do in the first race of the summer.”